(unpublished introduction of the land chapter, in « 50 housing solutions » by Housing Solution Plateform )

What did we have in mind, when we started to plot and scrap the skin of the Earth, leading to tattooed urban plans full of scarves and stripes? We have made the land, the ground we stand on, our Dr Frankestein’s lamenting creature.

Everywhere in the world housing prices are sky-scraping in major cities, not because of new technologies our construction process, but due to the land burning price, unjustified enrichment. Crowds are stuck in giant worldwide traffic jam to reach wealth and heartbeating centers of civilization, while small cities and countryside are shrinking far from cameras and hearable voices.

For two centuries, our political systems have been driven by the rise of the Nation ideology, with growing national welfare states, managing infrastructures in relation to land management: energy supplies, railways and highways, social housing,… Over the last decades, difficulties of the national level led to more local strategies, based on competition between Cities on their respective attractivity, and abandon of land management to the market forces.

Everybody lost in this game: “successful” metropoles are suffocating, are threatened by water or energy shortage, are stunned by unaffordable level of rents and housing prices. In the meantime, surrounding cities are losing employments, inhabitants, public services, where land has no more value.

Some countries are moving back to strong national level, under risky regressive and hardball political tendencies, with the vain hope to get back up on time and cheer up the land wounds. Others try to build enough affordable housing to compensate vanishing of existing stock, which is unreachable. There is however another pathway: a collaborative approach of land. Collaboration between individuals, through growing phenomenon of cooperatives and Community Land Trusts, but also collaborative approach between cities to share attractivity and a bigger scale, and develop antalgic strategies face to markets fever, playing with scales, infrastructures, economic cooperation.

We belong to this ground, this is our commons, collaborative land policies are self-protection. 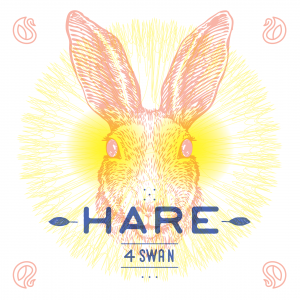